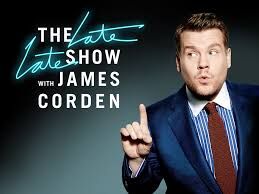 The Late Late Show with James Corden (also known as Late Late) is an American late-night talk show hosted by James Corden on CBS. It is the fourth iteration of The Late Late Show. Currently airing in the U.S. at 12:37 a.m. Eastern and Pacific Time on Monday through Friday nights (following The Late Show with Stephen Colbert in the CBS late-night lineup), it is taped in front of a live studio audience Monday through Thursday afternoons – during weeks in which first-run episodes are scheduled to air – at CBS Television City in Los Angeles, California in Studio 56, directly above the Bob Barker Studio (Studio 33). It is produced by Fulwell 73 and CBS Television Studios.

Hailee Steinfeld was interviewed in The Late Late Show with James Corden by James Corden. 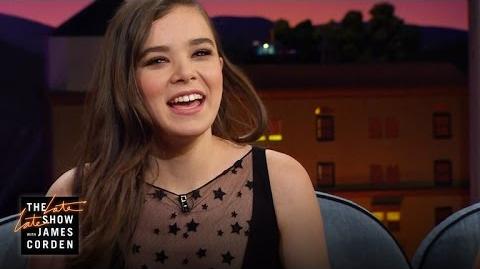