Term Life is a 2016 crime-thriller black comedy film based on the graphic novel of the same name. It is directed by Peter Billingsley from a screenplay by A.J. Lieberman. The film stars Vince Vaughn, who also produces the film, Hailee Steinfeld, Jonathan Banks, Mike Epps, Jordi Molla, Shea Whigham, William Levy, Taraji P. Henson, Annabeth Gish, and Terrance Howard. The film was released on April 29, 2016, in a limited release and through video on demand by Focus World.

A thief (Vaughn) who plans and sells heists to the highest bidder takes his estranged daughter (Hailee Steinfeld) on the lam when a job goes bad. Hunted by mob bosses, contract killers, and dirty cops, he takes out a life insurance policy on himself to leave something for her. 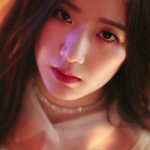