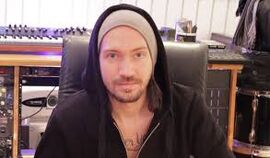 Oscar Holter forms one half of synth band Necro Facility . Along with Jakke Erixson he forms producer  Holter / Erixson. Holter has during his career as a songwriter and producer wrote several songs together. Holter has been worked with the major song writers an performers include Max Martin, Shellback, Christina Aguilera, Ne-Yo, P!nk and Icona Pop

Retrieved from "https://haileesteinfeld.fandom.com/wiki/Oscar_Holter?oldid=3064"
Community content is available under CC-BY-SA unless otherwise noted.