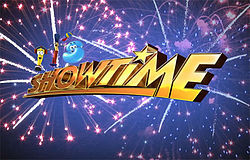 It's Showtime (formerly known as Showtime and Magpasikat) is a noontime musical variety show that premiered on October 24, 2009 on ABS-CBN. The show broadcasts from the ABS-CBN Studios at the ABS-CBN Broadcasting Center in Quezon City. The show airs Weekdays at 12:15 pm to 3:20 pm and Saturdays at 11:30 am to 3:00 pm, and is mainly presented by Vice Ganda, Vhong Navarro, Anne Curtis, Billy Crawford, Karylle, Mariel Rodriguez-Padilla, and Amy Perez. The show is also broadcast worldwide through The Filipino Channel. 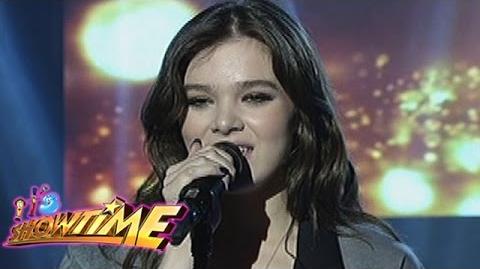